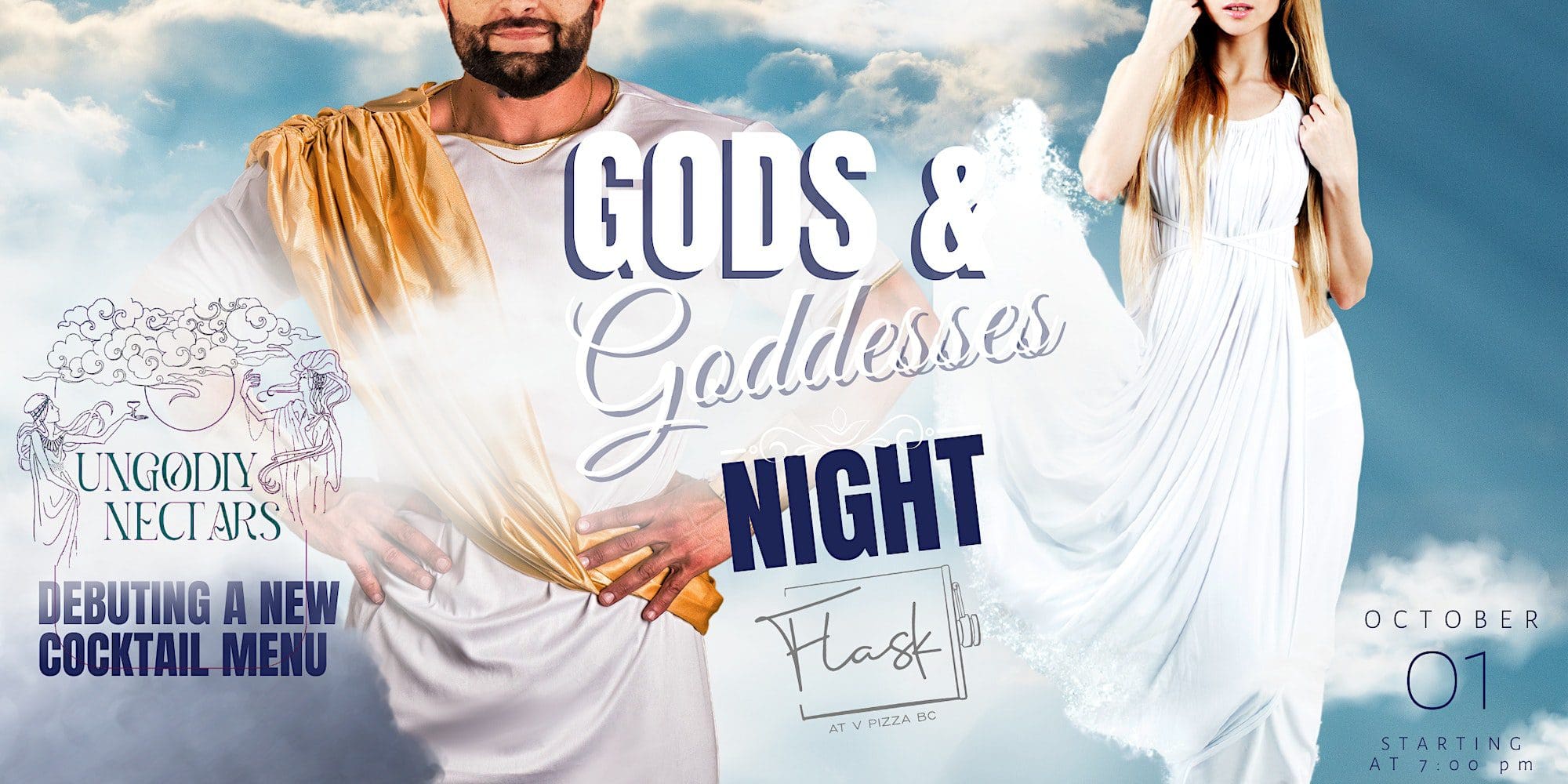 Join us for a decadent night to taste the fruits of Flask Cocktail bar’s newest cocktail menu inspired by Raleigh’s Gods & Goddesses.

Attendees will enjoy an evening of food, drinks, and dancing while looking divine in their best Gods & Goddesses attire for the themed affair. Makes for an ultimate date night and fun gathering with friends!

This is going to be a legendary night to remember.

Put on your godly attire and party with us from 7pm to midnight! Pizza party starts at 10pm.

Tickets include one complimentary cocktail from the new menu, an exclusive God’s & Goddesses Empire shooter, decadent grazing on charcuterie, and a plentiful pizza bar.

Gratuity is not included in the price. Seating is limited.